Getting started with IoTivity - Device simulation

This guide will show you how to download, build, and run two simulated devices on the same Linux PC:

The two apps talk to each other over a loopback connection, using the OCF protocol. 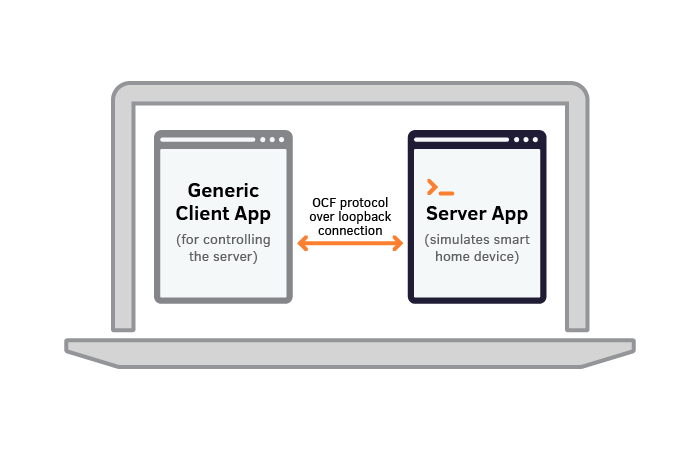 Install and Run the Server App

Build and Run the Client App

The sample client application is called OTGC (Onboarding Tool and Generic Client). Build the Linux version by executing the script as described below:

IoTivity provides a tool for automatically generating server code as a significant head start for your software development. The code generation tool works from a JSON file created by you that describes the capabilities of your device. The server code you compiled and ran in this tutorial began from the file named example.json, found in the ~/iot-lite/ directory on your development PC.

The steps below will show you how to make a simple change to the JSON file, recompile, and run the server and client. You can then see how the changes you made to the server’s capabilities in the JSON file are reflected in the client app.

Now that you’ve run a quick simulation on your own development PC and experienced the basic flow, you can get a better picture of IoTivity capabilities by running it on a Raspberry Pi board, where you can control and read its status from the same OTGC Linux application or you can download and run OTGC on an Android phone or tablet.

Visit the next Getting Started guide using a Raspberry Pi Kit.