IoTivity has all OCF Secure IP Device Framework components built into the stack, and the vertical resources (e.g. for sensors or actuators) are to be implemented in the IoTivity application.

The Device Builder tool chain is available to assist with the creation of IoTivity application code that defines the vertical resources.

The typical layering of the application is described in the following image.

The setup of development chain can be found here.

The application that contains the vertical resources (e.g. the function of the device) can be generated.

The API design uses HTTP verbs + JSON as payload definition. The HTTP verbs and JSON payloads are translated into IoTivity application code to use CoAPs & the CBOR encoding for payloads. Having HTTP & JSON as input enables readability for the application designer, since HTTP and JSON are widely used everywhere. Hence there is abundant information out there on how to model the resources for the vertical.

Already quite a lot of OCF models are available in Swagger2.0 format:

The development chain comprises of a setup of the tool chain and also a local copy of the IoTivity code base.

The tool chain is depicted in the following image:

All components will be set up with a single command. Follow the instructions here.

The following folder structure after installation will be available: 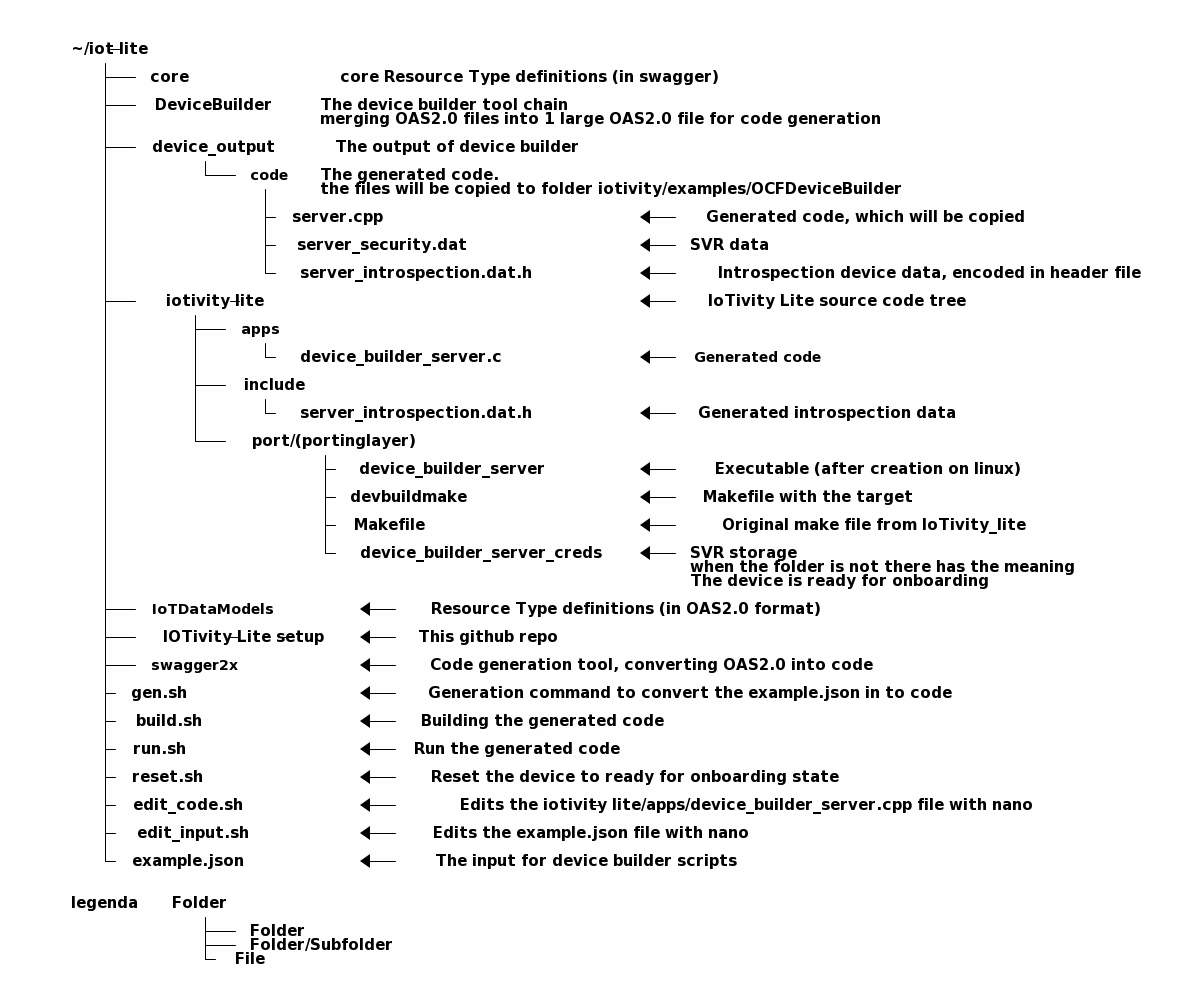 Explanation about the scripts:

These scripts are for convenience only. The scripts work well to generate application code for a headless system without a GUI; For e.g. a Raspberry Pi board.